As far back as the 15th century, there have been mentions of wrenches and applications that needed them such as pipe clamps and suits of armor.

Today, there are many types of wrenches or spanners, and although having all of them is not necessary, having a good number of them is very important so you can always have one that fits the project you have at hand.

If you don’t already know what it is I’m talking about, a wrench is also called a spanner in some places, and it’s a simple hand tool used for turning rotary fasteners like nuts and bolts or used to grip them to prevent them from turning.

Here in this article, I’ve listed the different types of wrenches so you can choose the right one for your projects whether you’re a professional craftsman or a simple hobbyists.

One of the most common type of wrench you’re going to come across or must have used is the open-end wrench.

You’ll surely find one of these in every mechanic or automobile workshop you visit.

It’s a one-piece wrench with a U-shaped opening made to fit the different sizes of nuts and bolts. It grips the two opposite faces of any nuts it used on.

Like most wrenches, it’s often double-ended, with both sides of the wrench having different size of openings, allowing you to use one wrench to fasten or losing two sizes of nuts or bolts.

The open ends of the wrench are usually oriented at an angle around 15 degrees to the handle of the wrench to allow for a greater range of movement especially in small spaces.

Related: Should You Buy Reconditioned Or Refurbished Tools

A box end wrench is also known as a ring spanner because the opening that grips the bolts and nuts looks just like a ring.

It’s a one-piece wrench with an enclosed six, eight or twelve-point opening that grips the nuts and bolts.

There are box-end wrenches with eight-point openings. These are ideal for turning and holding square-shaped nuts and bolts.

Related: The Best Clamps For Your Woodworking Projects

A combination wrench is a double-ended wrench that’s both an open-end wrench and a box-end wrench.

One side of the combination wrench is open-end, the other side is a box-end.

Related: 12 Essential Tools That Will Make Your Electrical Projects Easier

The flare-nut wrench is similar to the box-end wrench. It’s essentially a box-end wrench, but instead of a totally enclosed opening, it has narrow slit that allows it to be slid over tubes.

It’s made for gripping the nut on the end of tubes, and unlike normal box-end wrenches, it has thicker jaws to increase the contact area with the nut.

These are ideal for use on regular plumbing nuts typically made with softer metals and therefore more susceptible to wear when regular open-end wrenches are used to turn or tighten them.

Related: 15 Must Have Tools For Homeowners

You make use of a torque wrench when you don’t want to over-tighten or under-tighten a nut or bolt. It’s used in combination with a socket wrench or a socket when the user needs to impact just a precise amount of torque to a fastener.

Then you stop tightening and remove the torque wrench.

Certain screws and bolts are designed such that there’s a hexagonal socket or recess right at the head of the screw or bolt.

An Allen wrench is used for turning those types of screws and bolts. Allen wrenches are made from a hexagonal wire stock, and they come in two types or forms viz the L-shaped and T-handle Allen wrench.

As you can tell from the names, the L-shaped Allen wrench is shaped like an L from the Hexagonal wire stock while the T-handles Allen wrenches are shaped like T with the handles made not from the hexagonal stock but from straight metal or plastic.

Related: 15 Tools Every Welder Should Have In His Toolbox

The Bristol wrench is a not so common wrench that looks just like an Allen wrench and also designed for internal socket-head bolts and screws. Although, it’s mainly used on really small screws like those found on phones.

Unlike an Allen wrench though, the cross-section of the wrench head that fits into the screw/bolt head looks just like a square-toothed gear.

It’s used in these applications because it’s highly resistant to wrench cam-out and thus does not wear easily and does not damage screws and bolts it’s applied on.

Related: 18 Most Useful Dewalt Tools For Craftsmen And DIYers

A ratchet wrench is a wrench that allows you to turn nuts and bolts without actually lifting the wrench from the nut/bolt in order to reposition it.

The end sections contain a ratcheting one-way mechanism or lever that allows the ends to ratchet or turn the fastener in one directing without turning it in the other direction when the wrench handle is returned.

By using a ratchet wrench you can tighten or loosen a nut/bolt without removing the wrench from the nut/bolt to change the position of the wrench.

With a ratcheting box wrench, you have a ring spanner or box wrench with end sections that ratchets when removing a tightening a nut/bolt.

A ratcheting box wrench combines the compact design of a box wrench with the ease of use and quickness of a ratchet wrench, allowing you to use it in the most compact of spaces.

Also known as a Saltus wrench, a flex-head socket wrench is similar in concept to a socket or ratcheting box wrench but with the socket permanently affixed to the handle.

Unlike a socket wrench, the sockets of the Saltus are not interchangeable. Instead, the socket is designed so that it rotates around the handle to allow access to fasteners from different angles or positions.

Most flex-head or saltus wrench are often double-headed, with one end as an open-end head and the other, the socket.

A striking wrench is also known as a hammer wrench or a slugging wrench. They’re thick, short and stocky wrenches with a block end to the handle, designed to be struck with a hammer to impact a greater tightening or turning force on the fastener.

This bionic adjustable wrench by Loggerhead tools is one of my favorite adjustable wrenches. It has a rather perciuliar design which require you to squeeze it like pliers and the box-end jaw contracts to fit up to 16 sizes of nuts/bolts.

All you have to do is squeeze the handles and it will fit the fastener perfectly, and it won’t strip or wear your nuts and bolts.

Although the size makes it only ideal for removing or tightening fasteners that are out in the open, with enough room or space for you to grab, squeeze and turn the wrench.

The self-adjusting wrenches are commonly used for holding pipes and turning fasteners. The head design of the wrench allows the user to easily slide the head into fasteners and pipes of different sizes, and it instantly grips the fasteners.

And the jaws of the wrench also automatically ratchet back between turns, allowing the user to continually tighten or loosen nuts and bolts without removing and replacing the wrench.

The old pipe wrench is a tool every plumber is familiar with. It’s similar in design to the monkey wrench but features hardened serrated adjustable jaws with self-tightening properties that allow the user to securely grip, turn or hold soft iron pipes and pipe fittings with it.

A socket wrench is designed like a hollow cylinder with a six, eight or twelve-point recess that fits over and grips one end of a nut or bolt head, allowing the user to loosen or tighten it securely.

These look like socket wrenches and also use the same drive sizes but instead of being cylindrical like sockets, they look more like the open heads of open-end or box-end wrenches.

In terms of application, they’re used when the torque needed to turn or loosen a fastener must be measured or when using a regular socket wrench is not possible.

Space and weight restrictions also makes their use necessary in other cases.

A speed wrench is typically a socket wrench with a crank-shaped handle that drives the socket. It’s mainly used when there’s enough turning to be done in order to save time. There also has to be enough room to access and turn the fastener.

Although it has less leverage than a conventional ratchet wrench, it’s very useful for the above cases, especially in automotive repair shops.

If you have a bicycle which you repair and maintain by yourself, then you’re probably going to this this wrench.

The cone wrench is used for loosening or holding the narrow wrench flats of adjustable bearing bicycle hubs or other adjustable hub bearings.

A drum key wrench is a small square-head specialty socket wrench percussion musical instrument like drums for turning lugs and other fasteners.

This is one you’ll find in almost every mechanic or automobile workshop. Impact wrenches are mostly air-powered and they’re used by mechanics for loosening and tightening lug nuts and bolts on automobile tires, engines and other heavy machinery. 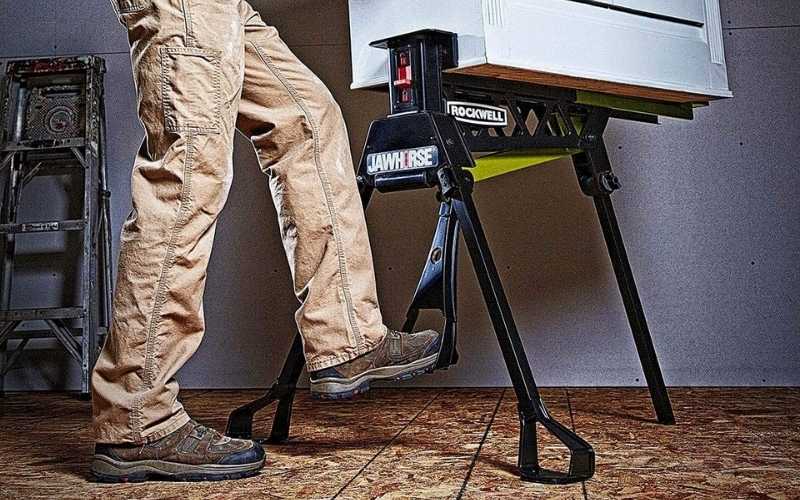 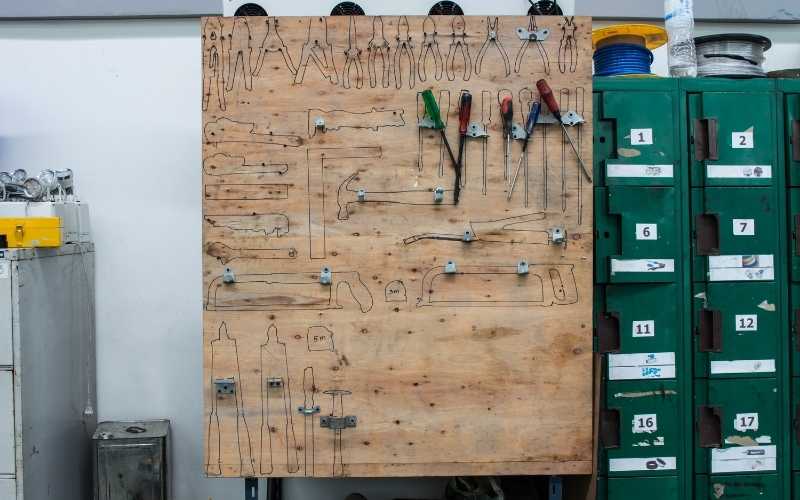 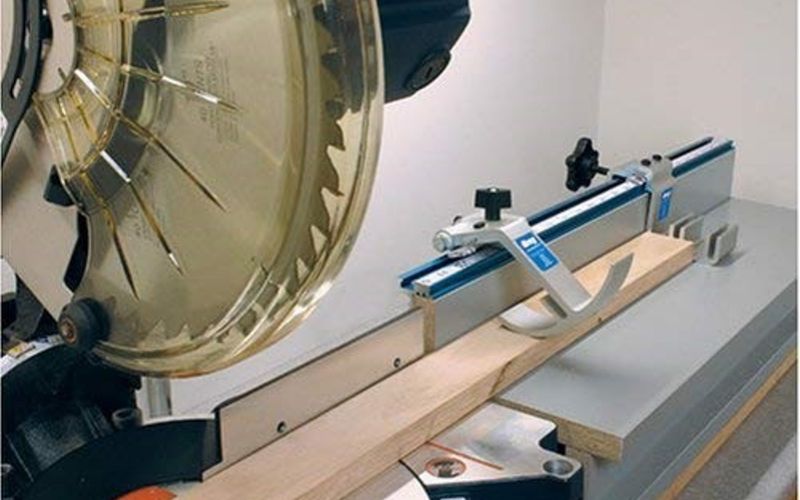 We’re a small team of woodworkers, engineers and contractors with a combined experience of over 20 years dealing with power tools and outdoor power equipment (OPE). I have a degree in mechanical engineering and together with my team, we use this medium to share our insights and recommendations with you.