If you build things for a living, it’s very likely that you’ve used or come across different types of saws.

Every craftsman has a saw of some kind, but choosing the right one for your project can be mind-tangling sometimes because there many types you can choose from.

That is why using just one type of saw is almost impossible especially when carrying out certain projects, such as woodworking and metal fabrication projects.

Here, we’ve listed several types of saws you can use for your projects.

A table saw is one of the most important tools for carrying out fine woodworking projects. It’s specially used for ripping large wood stocks or sheet goods like plywood and MDF into smaller pieces.

Apart from ripping large sheet goods, you can make smaller cuts like crosscuts, bevel cuts, and even dadoes. It’s one piece of machinery that every serious woodworker should have in his workshop.

There’re different types of table saws you can choose from, which include benchtop, jobsite Table saws (TB), contractor type, cabinet, hybrid and so on.

Each perform the same action of ripping down large wood stocks but on a different scale. While the benchtop or jobsite TBs are very portable and easy to move from workshop to jobsite and so forth, contractor and cabinet models are not as easy to move around.

Cabinet saws are often meant for workshops because they’re very heavy and are not meant to be moved around once they’re installed. Contractor models can be moved around to the jobsite but are not as portable as benchtop or jobsite models.

While they’re not portable, cabinet and contractor model of TBs produce the most accurate cuts.

Just like a table saw, a circular saw makes use of a circular blade and can be used to make different types of cuts.

Circular saws can be handheld or they can be mounted on a machine to keep them stationary while feeding materials through the blade.

Woodworking circular saws (CS) are usually the handheld models, and they come in two types, namely: sidewinder and worm drive.

Both types perform the same functions, but the worm drive models comes with inbuilt worm gearing that provides the blade extra torque that allows the user to easily cut and reap through dense lumber with ease, such as those used for framing building.

Professional carpenters and framers mainly use this for cutting framing lumber on the jobsite and in the workshop.

The sidewinder type are also used by professionals on the jobsite, but they’re more DIY-friendly and easier to handle.

Of all the types of power saws listed in this article, CSs are the most budget friendly or easier to afford, making them the go-to choice for newbie woodworkers who need a professional tool, but who do not want to break the bank to get one.

Circular saws are hand saws, and thus, because of their small size, you also don’t need a large workshop space to make use of one.

The compound miter saw is one of the most important piece of machinery every professional woodworker should get.

It’s the best saw for making crosscuts and cutting miters as the name implies. There are different types of compound miter saws you can choose from, according to the type of projects you’ll be handling.

The blade or saw head of compound miter saws can be beveled in either direction, left or right to make bevel or miter cuts.

If you’re going to be crosscutting wide timber or sheet goods like plywood, getting a sliding compound miter saw is the best option because the saw head slides across the workpiece offering you a large crosscut capacity.

Non-sliding CMSs with large blades like 12 inch blades also offer a large cross-cut capacity but not as much as that offered by a sliding CMS.

A double-bevel CMS can be beveled to either direction of the saw and rotated along the base, allowing you to cut really complex miters or compound cuts such as those required for installing moldings.

While the single-bevel non-sliding CMSs are best for making simple cross-cuts and are ideal for carrying out simple DIY projects at home.

When you get a reciprocating saw, you get one of the most versatile saw you can use for cutting different types of materials needed to complete your project.

Unlike CSs, TBs and CMSs, a reciprocating saw cuts through the material by the reciprocating action or to-and-fro motion of the blade.

All you need to do to achieve this is to change the blade to a suitable blade that fits the material you’re trying to cut.

There’re reciprocating saw blades for cutting wood, metal, plastic, non-ferrous and ferrous metals. So, you’ll have to buy blades based on the type of projects and materials you make use of.

A band saw consists of a looped blade wound around 2 wheels of same diameter, with a motor spinning one of the wheels, thus creating the momentum that spins the blade around the two wheels. It’s just like a simple set of pulleys but with the ropes replaced by a band or looped blade.

With the aid of a fixed or adjustable table, the material to be cut is passed through the exposed part of the blade which cuts through it effortlessly as you pass it through it.

Larger wheels means larger bandsaw blades and greater momentum needed for making cuts. The material of the wheel also determines how much momentum it produces to make cuts.

Band saws have different applications in the workshop, from cutting meat in the slaughterhouse, to cutting wood, resawing and even cutting of metals. They can also be used for cutting shapes and irregular patterns on wood and similar materials.

Track saws are very important piece of equipment for woodworking. It may look like a regular circular saw, but it’s not.

It’s one saw you can compare with a table saw and a panel saw because it performs the same main function of ripping large wood stocks to size.

Unlike a regular circular saw, it comes with a guide rail known as the track, which allows you to cut through your stock in a straight line without deviating from your mark.

Table saws and panel saws are mostly stationary pieces of equipment, but on the other hand, track saws are very mobile. You can take them with you anywhere you want to get the job done.

They’re also called plunge-cut saws because the blade can withdraw into the body of the saw, making it possible to lay the saw flat on workpiece, and then making it protrude out to make plunge cuts on it.

Just by replacing the needle on his wife’s sewing machine with a saw blade, Albert Kaufmann invented the first jigsaw.

If you’ve ever tried to cut shapes and patterns on wood and other materials before, then you must have come across or even used a jigsaw.

A typical jigsaw power tool comprises of a motor and a reciprocating saw blade, along with a sole plate (sometimes adjustable) that allows you to guide the material you’re cutting.

You can use a jigsaw to cut irregular curves and patterns such as stencil designs and even complex miter joints on materials such as wood, plastic, metal and other similar materials.

It’s used for cutting sheet goods like plywood into smaller sizes. There’re different types you can choose from, ranging from its configuration to price.

There’re both vertical and horizontal models, and there’re low cost and higher cost models, especially when it comes to the vertical models.

If you want to cut curves and patterns that are more intricate and complicated than what a power jigsaw can handle, then what you need is a scroll saw.

It’s used for scrollwork which is a form of decorative art. Jewelry box makers also use it to cut the complicated patterns needed to make those beautiful jewelry boxes you see around. Scroll saws are also used for making sculptural ornaments and many other forms of art and woodworking designs.

There are different types of scroll saws, usually classified by throat size which is the distance between the blade and the rear frame of the saw holding the blade.

The throat size determines the size or width of material you can cut with the scroll saw. So, larger scroll saws with larger throats allow you to cut larger pieces of materials and these tends to be more costly than the smaller ones.

Creating beveled curves and patterns on materials is usually done by adjusting or beveling the table or frame or frame holding the blade, depending on the type of scroll saw.

Without being told, the name already tells you that it's used for cutting holes through a material.

It’s not a power tool itself, but just a drill attachment you can use in a power drill to cut holes on materials without having to cut through the side of the core material.

The hole saw is typically a saw blade with a ring or circular shape, and a pilot drill bit or arbor at the center of the saw to keep the saw teeth from walking during cuts.

It’s a very useful saw you can use for many woodworking applications such as framing of buildings and even for plumbing work.

You can call a coping saw, the handsaw form of a scroll saw. It’s a form of bow saw used for cutting intricate external and interior shapes and cut-outs, both in woodworking and carpentry.

It consists of a thin hardened steel blade stretched or attached between the ends of a bow, square or c-shaped springy-iron frame, with a handle attached for directing the blade during use.

If you install moldings, then you must be familiar with it, because it’s used for cutting moldings and creating coped or coping joints. It’s also used occasionally for creating fretwork.

The fretsaw and coping saw are very similar in design and function, but the fretsaw is capable of cutting tighter curves and even more delicate and intricate work.

It’s an odd-looking type of saw due to the depth of its frame which ranges between 10 and 20 inches, coupled with a very short 5 inch blade.

Continue reading our reviews and guides below, so you can choose the best saw for your next project.

There are different types of saws you can use for your woodworking or DIY projects. They include compound miter saws, table saws, reciprocating saws, circular saws, band saws etc.

Find our latest comprehensive saw reviews and guides below in order to make the best choice when choosing one for your woodworking or DIY projects. 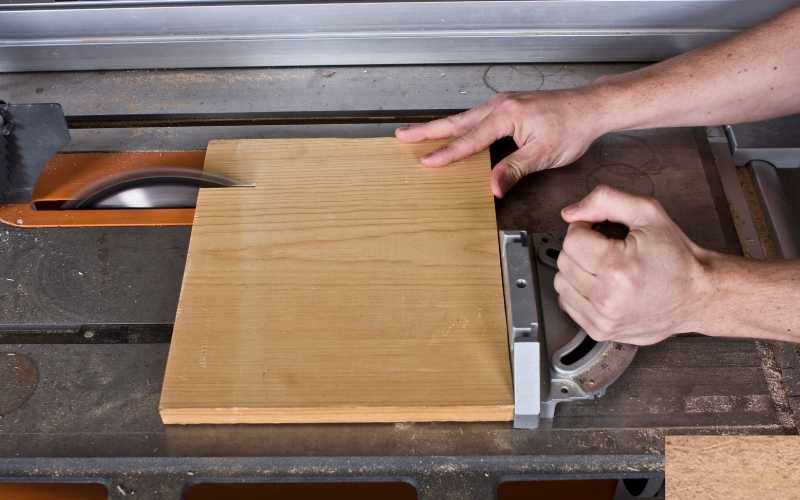 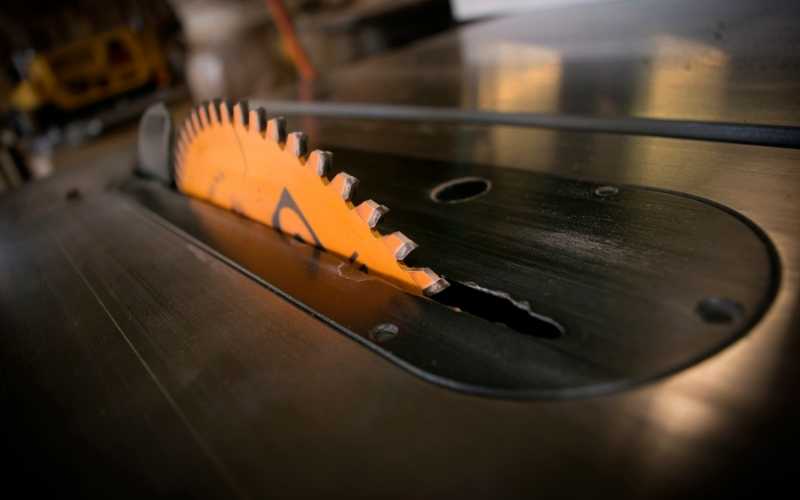 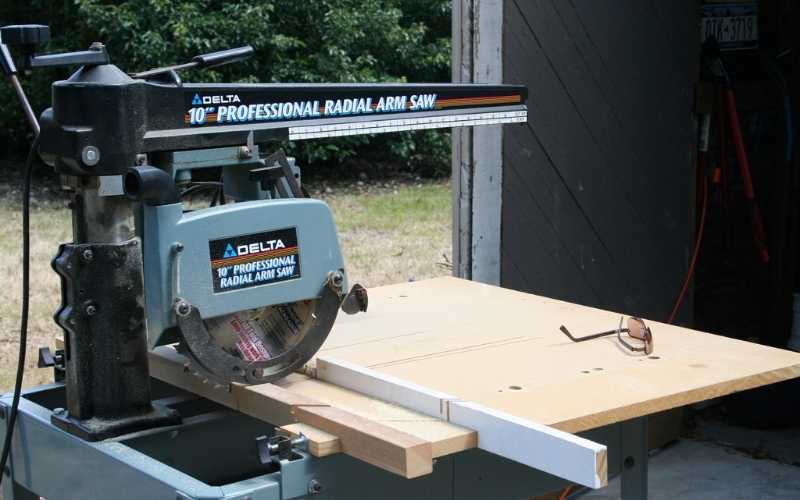 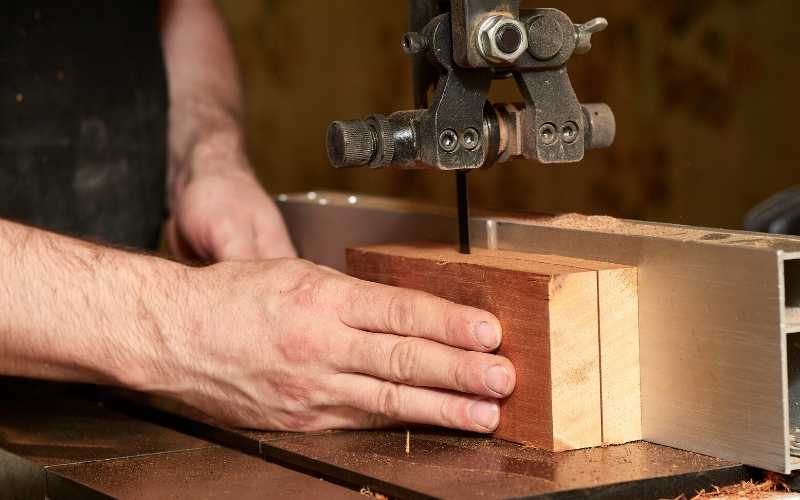 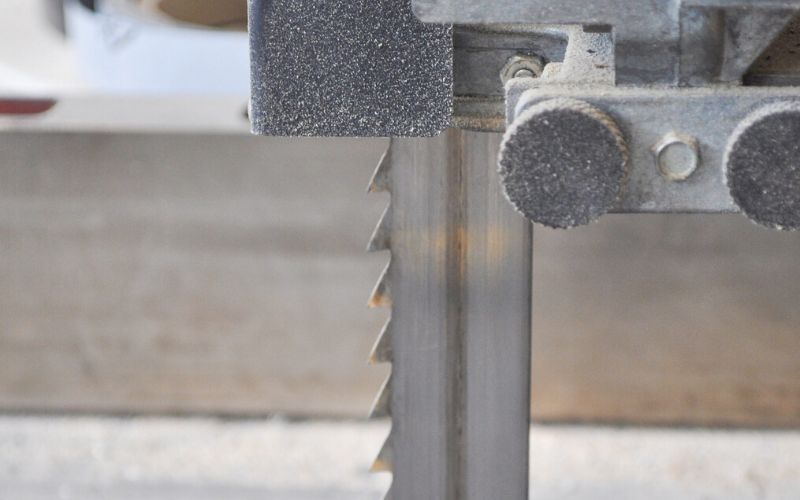 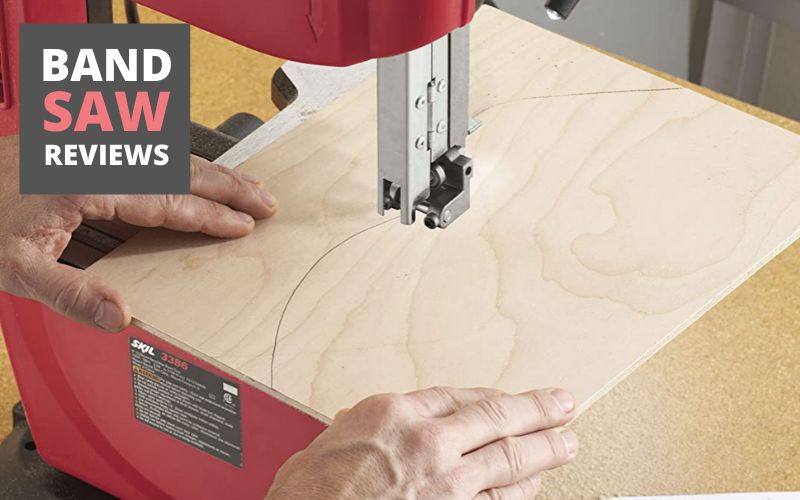 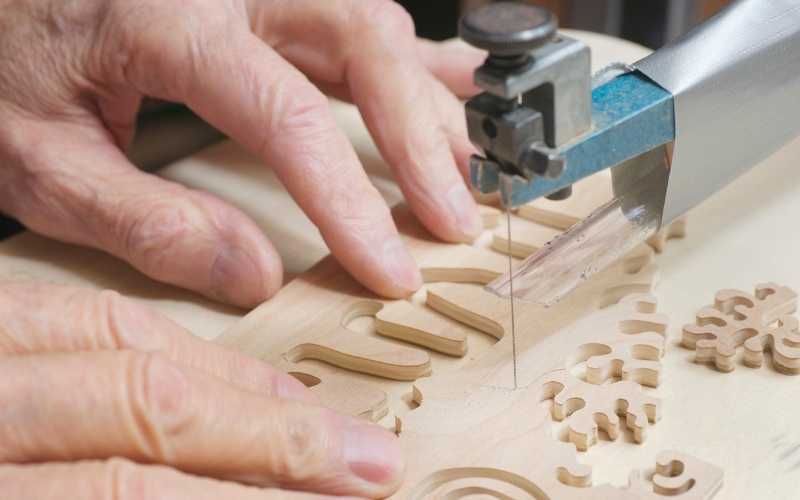 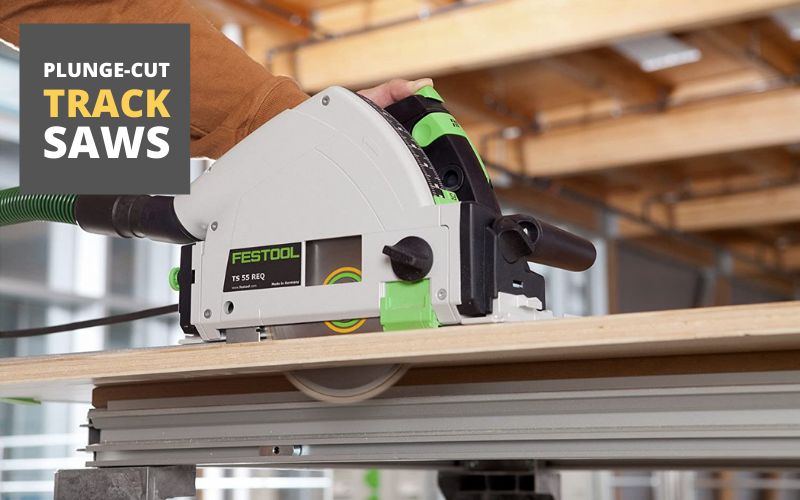 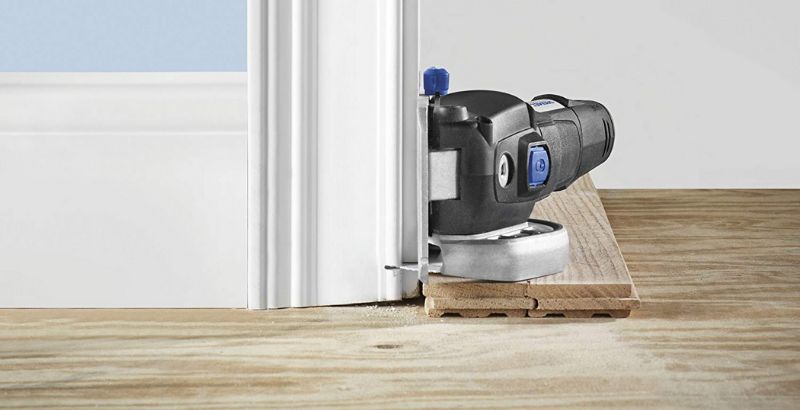 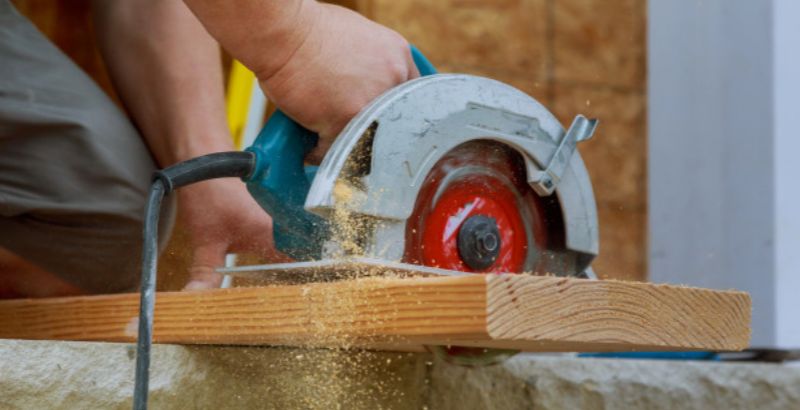 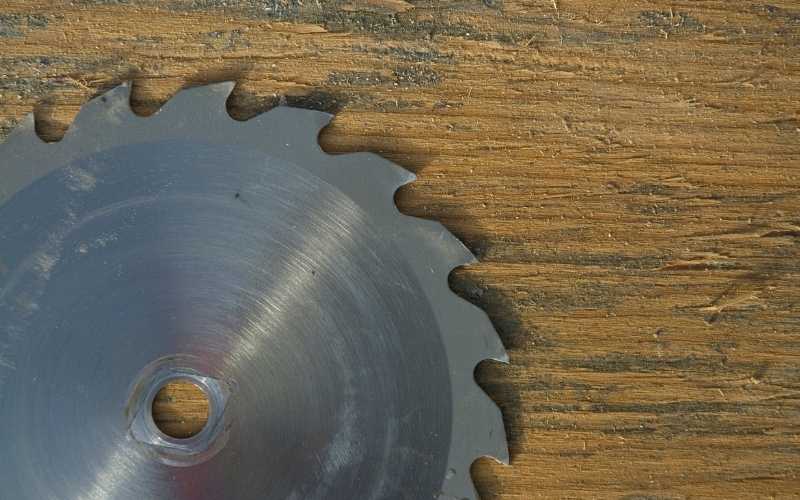 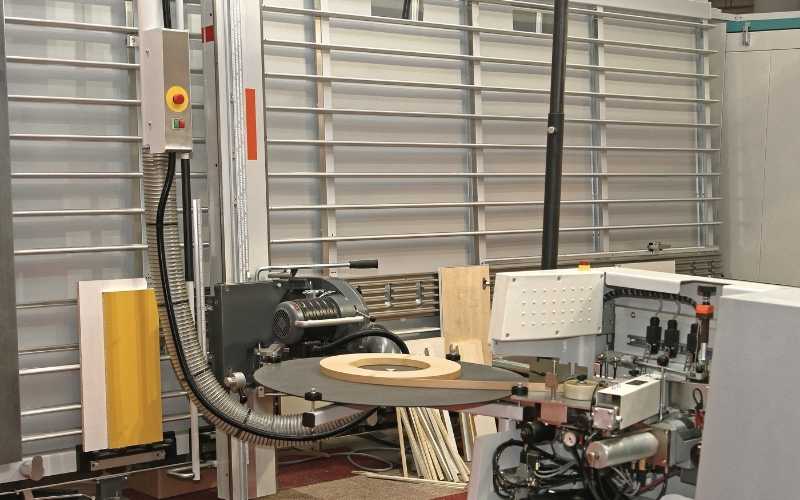 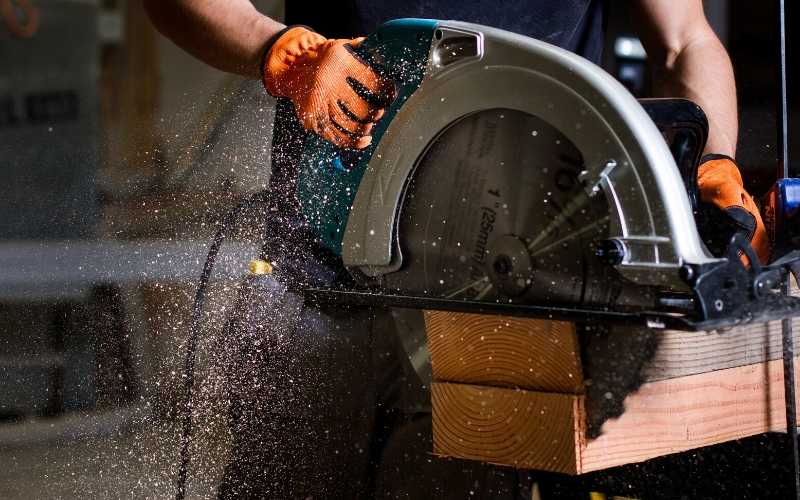 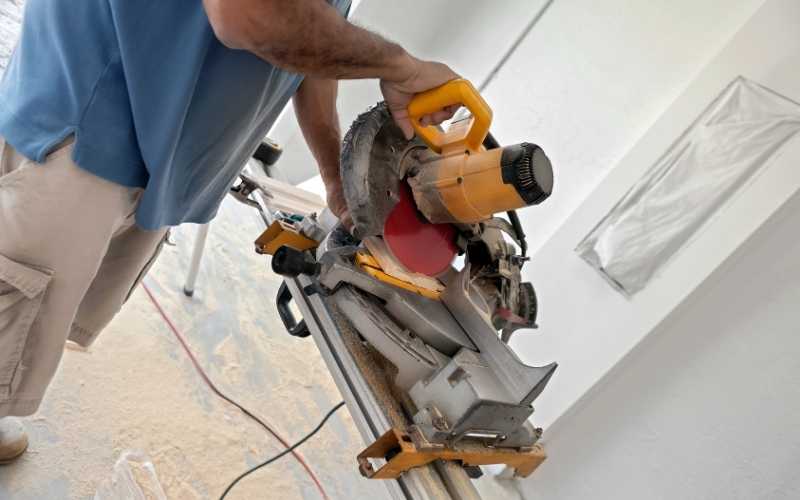 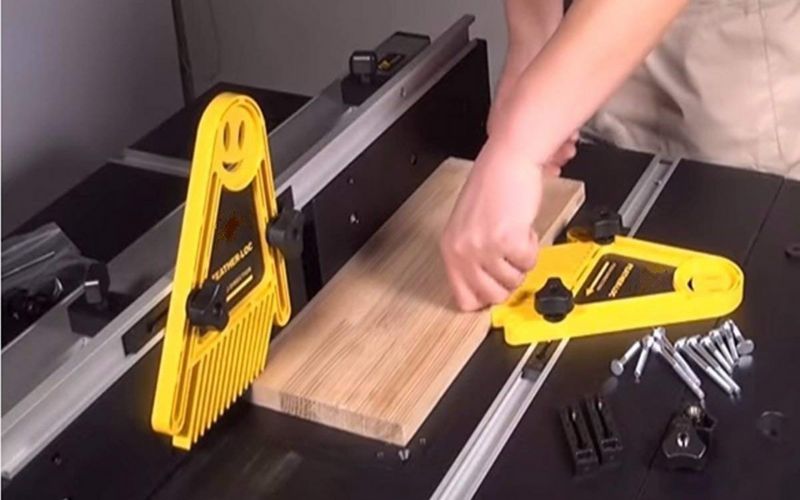 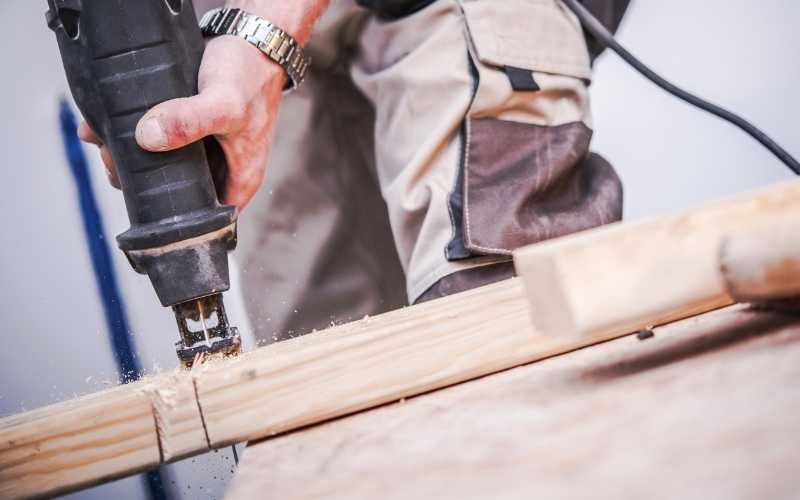 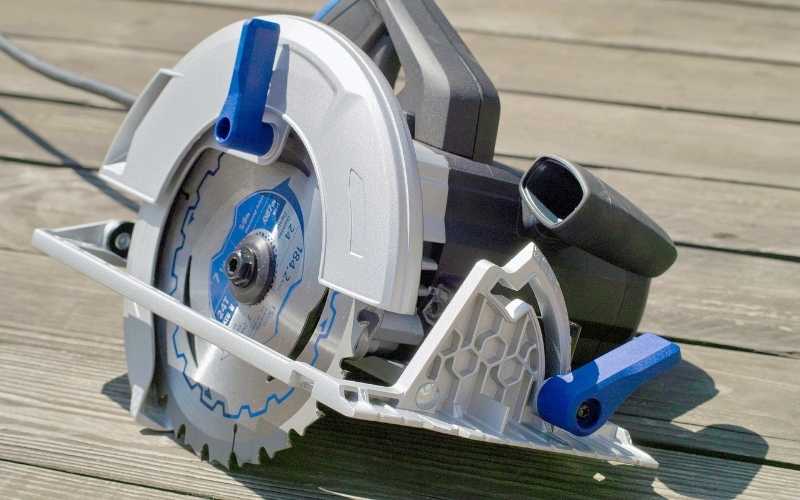